Blocks 70 & 71, above Bria and below Ouadda. Please refer to the map provided.

The accommodation consists of a well-equipped tent-camp with bathroom and other basic facilities. Daily laundry service provided.

The recommended minimum calibre for dangerous game is a .375 Holland & Holland Magnum. We recommend a minimum of a .300 calibre for Lord Derby Eland. Hunting is done by walking and stalking.

The Central African Republic has two climatic seasons: The rainy season from May to October, and the dry season from December to April. The driest months are January and February, with a highest monthly average high temperature of 34˚C (93˚F) in February, from a countrywide average temperature of 26˚C (79˚F). The biotope varies between mountainous regions, forests (with a high humidity), wetlands and savannah.

Normal hunting clothing can be worn during the day and bring along a hunting jacket as well. Bring at least two pairs of trousers or shorts and shirts. Do not forget your pair of well-worn boots, a hat and sunscreen. Detailed checklist to be provided.

This is a Malaria area. Please take precaution. Insect repellent is strongly advisable during the warmer months. A Yellow Fever vaccination certificate is compulsory. 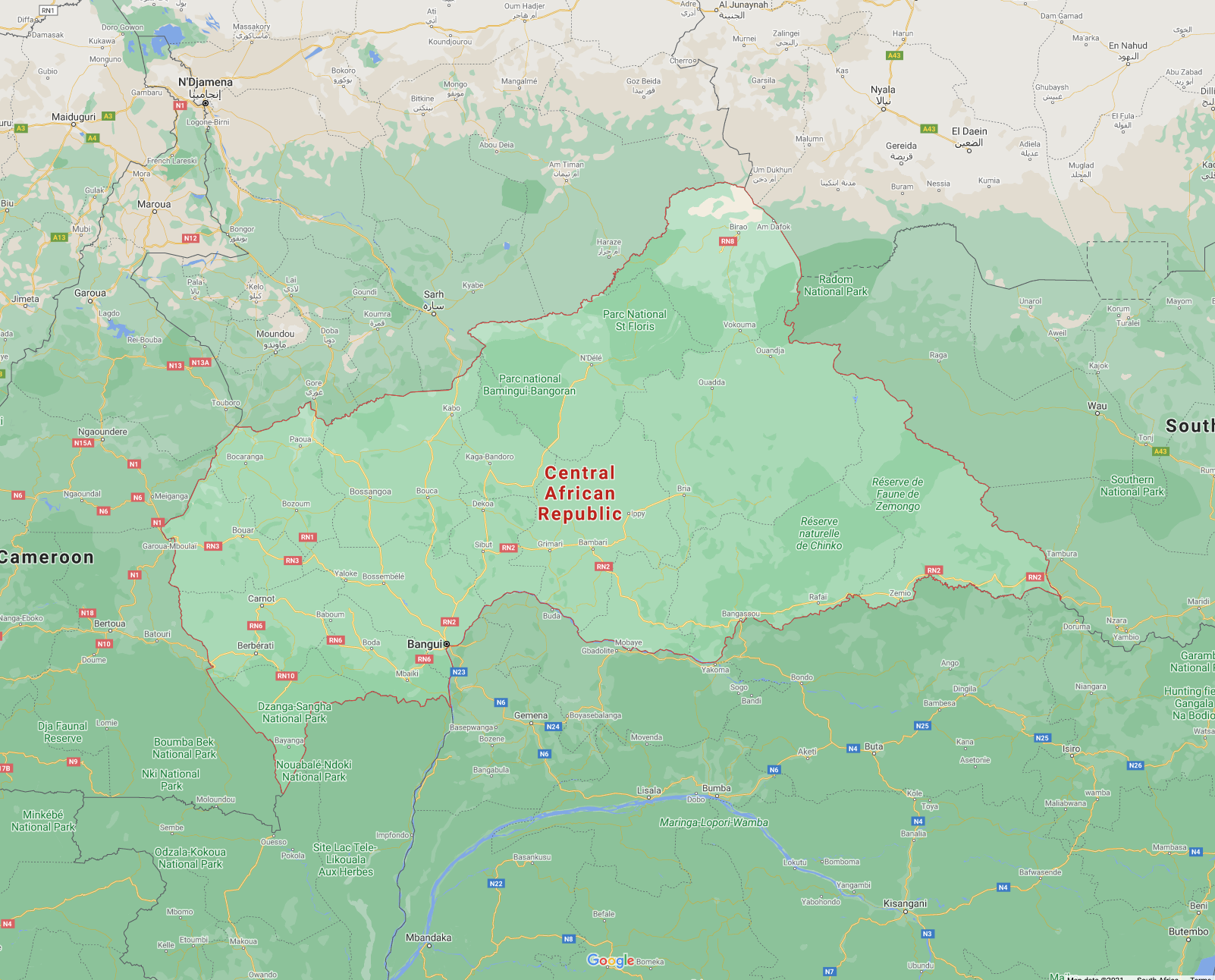